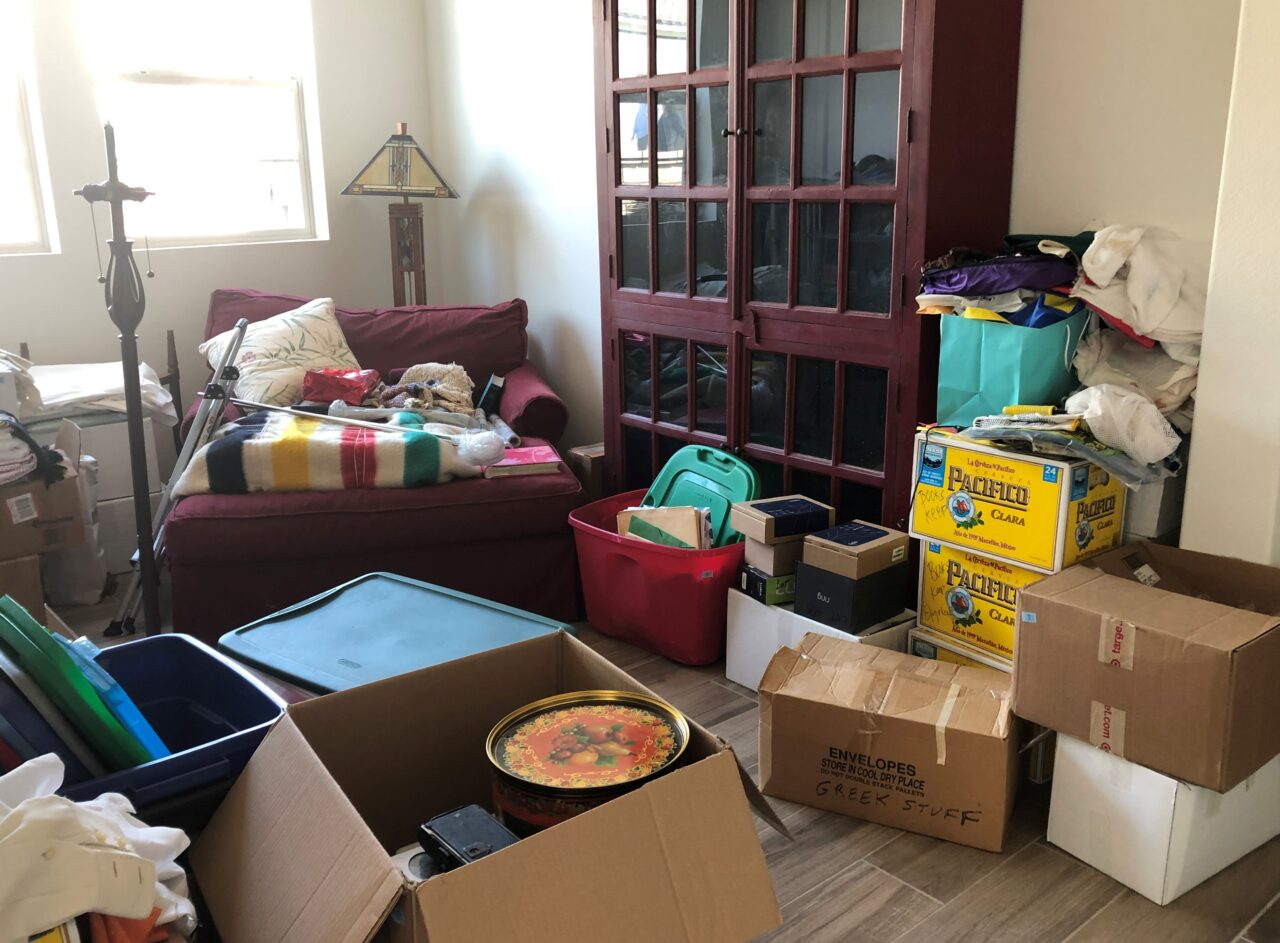 We moved into our new home back in September and spent a couple of weeks opening boxes that were placed all over the house.  Keeping track of the box cutter was a chore!  It was, nine out of ten times, forgotten under the endless wrapping paper and a couple of times we thought it was thrown away as we bagged it all up. I can’t begin to tell you how high the empty boxes were – they were a bigger mess when flat than when they were full.  You must break them down and then cut them so they fit the garbage can…the good news is that it was Zaf’s job to do this.  I, on the other hand, began the washing.

Washing everything wrapped in newspaper went on and on and on…and since the appliances were all new, we had to learn how to use the dishwasher.  I had to stop washing at one point because the clean stuff was piling up and I hadn’t decided where everything was going to go yet.  Zaf suggested that we make a first stab and then we would rearrange it all later.  I continued non-stop for a few days and put them in the cabinets I thought would work…we move things around several times based on how we use them.

Speaking of appliances…EVERY single one of them is SMART…this is a technological term that means it has lots of bells and whistles that I can access online and with an app on my phone…I think.   The guy came out to show us how to use them with the technology and it was truly amazing to see how it all works.  To date we haven’t used them once.  We just use the On or Off knobs. They are all SMARTER than us!

Priority was setting up the bed and getting the toiletries in place. We had set up a bin as our Starter box, so we hunted around for it, found it, and got the job done.  We ate out for a few days and then went food shopping.  We set up the coffee maker on the counter, over to one side, near the refrigerator.  Then we had to make sure that all the coffee things – mugs, sugar, cream – were in the cabinet immediately above.  I bought a holder for the K-cups, but it didn’t fit on the counter or the cabinet above, but it did fit the cabinet below.  This was one of our first priorities too, because, hey, you gotta have a cup of coffee in the morning!

And then, one day, while I was doing the laundry, I heard a big bang.  I run to the laundry area and see water all over the floor.  The machine had stopped…it exploded all over the place.  Mopping was not on the chore list for the day but mopping I did.  I tried to restart the machine but to no avail.  Zaf came home from running errands and we made the decision to buy a new one and we also did a “we might as well” thing too, to buy a new dryer as well.  More bother and more expense…not to mention that we paid to store these two big items along with the rest of our stuff.  You tell me: were we idiots or not? We knew both were pretty old, but for some reason thought they would still have some life in them.   Just like us!

We had arranged for a closet organizer company to create our closet space, so our clothes and shoes remained in the clothes moving boxes which we opened on the living room floor, and we dressed out of them for about a week.  That was fun!  Especially when I had to put my entire upper half of my body into the box to find my shoes!  Ironing was not going to happen, so pull-on pants and a top I basically ironed by running my hands over it was the uniform of each day.  Finally, the closet was done, and we spent an entire day hanging everything up and arranging shoes…so easy to use and nice to look at now!

We did have differences of opinions (ahem!), of course.  In our old house our panty was a cupboard…with overflow in the garage.  Here we have a large, on the entire wall, double door pantry with a top and bottom. Pull out drawers are worth every penny we paid for them.  Zaf unloaded all the cans and bottles of the beverages we drink; some went into the fridge and the rest were stored in the panty.  Which is perfectly fine except for the fact that they were placed on the FIRST SHELF OF THE BOTTOM PANTRY…RIGHT WHERE I LOOK AT EVERY DAY WHILE SEARCHING FOR THE SALT!   I waited a few days (ahem!) before I broached the subject that perhaps it might be better if we put the things that we use EVERY DAY on this shelf and the other things on the lower shelves since we don’t use them EVERY DAY! We compromised and he moved them to the top pantry which is mostly storage of kitchen things.

As we unwrapped the items, we scratched our heads and exclaimed WE KEPT THIS?  And, then when we couldn’t find something, we thought we packed, we wondered DID WE THROW IT OUT?  What were we thinking???  The bad news is that we ended up with a few things we should not have kept, and the good news is finding the familiar items that made our last house a home and now with a new purpose it would do the same here.

We spend days deciding on the ‘décor”.  The question of “Does this go here or there” loomed above us. A vase was placed on the credenza and then moved to the bookcase.  A chair that will not be kept was put into use because I would not have a place to sit while watching tv until the new chair arrived.  We had to wait for over a month to get a couch, so nothing else could be “situated” until it arrived. (Size and color had to be considered). Pictures were placed on the floor against the wall where they would be hung; until I changed my mind and moved them around and around.  A rug that I ordered was too big; scrounging around the garage I found a marvelous runner that Zaf’s mother made back in Greece many years ago; cleaned and brushed, it now lives under the table in our entry hall.

Am still at it – I look at something and say: “I think it would be better over there”. Zaf sighs and heads for the garage to get the hammer, nails, and other mystery tools he may need.  The one thing we agreed upon right from the start was where the big tv in the living room would be placed…only because it was the only wall available – the other two walls have windows, and the fourth “wall” opens into the kitchen.

So here we are…our new home has taken shape.  The one thing I miss though is color.  In the old house, the walls were deep red, dark green, light green, etc.  Here it is all white and grayish.  Am putting up lots of pictures to bring color into the rooms and it is working, somewhat.  I am in withdrawal about this but other than that, we have Retired Well, Helene

Photograph of our unpacked boxes From the Personal Collection of Helene and Zaf. 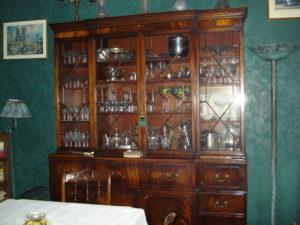 AM I GOING TO MISS THIS? 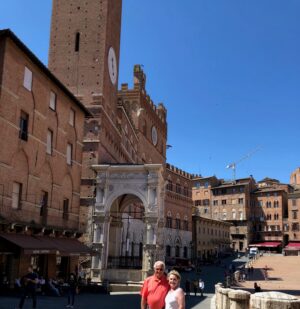 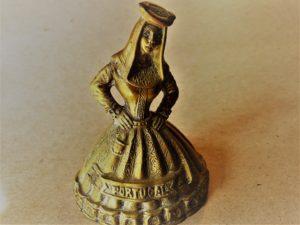 BOOKS AND A BELL