Our six-month retirement journey in the land of our birth: Greece

We fully expected everyone’s reaction to our plans to sell all and live out of our suitcases for six months would be: ARE YOU NUTS?!!! Some people did say this very thing and some, more politely, hesitated for about three seconds and then blurted out: “Are you sure about this?”  Yup, we were. Most of my family and friends have always known that I was gutsy and bold. Zaf certainly learned I was so soon after we met…but to radically change the way we live was really large, even for me!

Most people, though, who heard about our plans to live in Greece were very happy for us. They wished us well and thought we were very brave! The lady who processed my international driver’s license was beside herself with such happiness when she heard of our plans. My primary doctor, skin doctor and neuropathy doctor (full check-up before we left!) were each extremely supportive and joyful; Neighbors, clients, friends of clients (!), even the hosts of our temporary housing before we left were thrilled to hear about our plans.

I have retired. To be more precise, I have semi-retired as the work ethic instilled in me by my immigrant roots was not allowing me to come to a complete stop…and the thought of not having anything to do decided me to stay active as long as possible. My husband, Zaf, retired twice before within the last five years, but each time went back to part-time work because, well, he was bored. He officially retired for good about two weeks before our trip to Greece.

Three years ago, we decided to visit our birthplace – Greece – for a length of time while we were still young enough to travel around and see the places we never saw on prior trips there. Perhaps it can be thought of as brave, but we thought of it as returning to our original home to re-root ourselves…a dream we’ve had for several years as we worked hard towards retirement and what would it look like.

I was born in Lamia, Greece and came to the USA when I was nine months old.  Growing up in New York City in a predominantly Greek neighborhood, the first ten years or so were spent in a cultural cocoon.   Neighbors were mostly Greek, the lady at the bank and the grocer as well.  A private Greek school attached to a Greek Orthodox Church was the center of my world.  It wasn’t till I was old enough to venture out a little bit that I realized that there was a whole other world out there!

Zaf was born in Nea Mehaniona, and grew up in Kerasia, suburbs of Thessaloniki. He arrived in New York when he was ten years old. Growing up in New Jersey and Massachusetts, his community was also primarily Greek. He learned English mostly by playing soccer with the neighborhood boys before he was able to catch up with the school grade he belonged in. High School was his entry into the larger world where he made friends and excelled in sports and schoolwork. His name is Zafiris but was shortened to Zaf to make it easier to be pronounced for those that didn’t speak Greek!

Embracing this new adventure was daunting and yet, we were never afraid of following through with our plans. We got our tickets, our Greek passports, our international drivers licenses, we rented a car for the entire length of our stay, and we notified relatives and friends that we would soon be there. Being in the throes of the worldwide pandemic, we got both vaccinations, and got ourselves tested before we left as well. We waited for our departure date with much patience on most days; on others we talked ourselves silly about what we would do and what we would see once we got there.

We had had the discussion about what each of us envisioned for this trip; and were happy to discover that we shared the same vision, desire, and guts to take this retirement kickoff journey.  We explored lots of options: Retire and go right away? Retire and wait? Rent out the house or sell the house? How long would we be traveling? Where would we live when we come back?  The pandemic was in full force – the world was changing…what would happen to us if we were stranded there?  (not a bad place to be stranded in! – but you know what I mean!)   Lots and lots of research took place – mostly by me…once I had the details/options, we discussed them and made our decisions.

GOT RID OF THE OLD

The first step towards our journey:  We sold the house and cars; we got rid of “jobs” although we kept one business that we shared, and I kept my online business.  We got rid of tons and tons of stuff: furniture, clothes, a garage full of odds and ends.  Opting out of the gazillion e-mails we get daily, putting all our remaining bills on autopay, hiring a manager for our business, etc. ensued.  I was also happy to learn that many things can be done online, so I tucked away my passwords into my wallet and planned to follow up on any lingering items I could not get to before we left.

The only thing that changed was the length of our journey.  We had originally planned on three months, but when the manager of our new housing development told us it would take six months to build our new home, Zaf and I immediately looked at each other and grinned:  six months in Greece!

We decided where we would live once we returned. A 55+ development beckoned – we put down our deposit, picked out the “plan”, chose all the tiles and cabinets and such, and signed all the paperwork.  The staff there assured us that any follow-up required can be done online.  Whew!

Spending an afternoon looking at cars narrowed down our choices, so we have some idea of what we will be buying when we get back.

Our furniture was stored with automatic monthly payments set-up.  Global bank transfers were identified, and the app was added to my cell phone, so we would get the funds to spend once abroad.

Our house sold faster than we thought, so we packed two additional suitcases and moved into temporary housing for 2.5 months. At first, it felt really weird, living somewhere else but I soon realized – and shared my thoughts with Zaf – that this is how we will be living for months and months so we might as well get used to it.   He agreed and we settled in.

ARE WE PLUCKY OR NOT?

It’s surreal on most days that this was all happening.  Felt very strange.  Once or twice, I had a fleeting thought – are we crazy people?!  I asked myself “how many other people would do this…at our age?”  Did I worry about the future?  No.  And yes. What would happen if one of us got sick or hurt?   What would happen if we hated living on the road?  What would happen if the world got more chaotic and we had to stay longer than we planned to?

Believing that Faith and Courage would see us through brought me peace when I thought of these things.  Knowling that Greeks live and love large sustained me leaving no doubt that we would be received with open arms

We had planted the seeds and embarked on the reaping of what we had sowed.  What will be, will be, as there would be no turning back.  And so – perhaps to see a wizard or two – but definitely to see the magnificent ruins and white, sandy beaches of Greece, the lushness of Tuscany, the Mediterranean Sea – to meet interesting new people and see new places, find adventure, and do fun things awaited us.  The Art of Exploring, indeed.

Six months is not a long time after all…it went by in a flash. We returned safely and began settling in at our new home.  Memories are still strong and yet, the future beckons us to do more traveling and exploring.  Not bad for a pair of Retire-Agers™

Photo of us at Syntagma Square, in Athens at the celebration of the 200th anniversary of Greek Independents from the Ottoman Empire From the Personal Collection of Helene and Zaf. 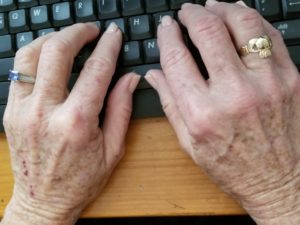 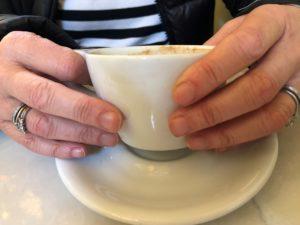