Listen to the Podcast!

Meet The RETIRE-AGERS™ – Helene and Zaf!

Zaf and I measure time from the day we met, when the road turned for both of us.

I was born in Lamia, smack in the middle of Central Greece and was carried into NYC when I was 9 months old. Did not know a word of English when I went to kindergarten, but the streets of Manhattan were my playground teaching me how to speak like a New Yawker! Soon after, my parents placed me in private Greek school, where I became fluent in the Greek language and obtained a strong background in Greek history, geography and mythology. Our first trip back to Greece, when I was young girl, gave me the opportunity to see the ancient ruins whereby I burst into tears at the realization that I belonged to this beautiful land. First career was in the travel industry, allowing me to travel extensively and establishing a life-long love of it. Moved to Los Angeles, thereby placing me in the perfect place to meet Zaf.

Zaf was born in Nea Mehaniona, a small village outside of Thessaloniki, in Northern Greece and came to the USA when he was 10 years old. He assimilated quickly by playing soccer with the local kids on the streets of East Orange, NJ. His athletic ability was recognized by a full college scholarship. Marrying young and raising three children, he worked several jobs a week to make end meets and to finish his education. It paid off when he reached executive level in a major convenience store company overseeing over 130 franchises. Life changed 30 years later when he moved to Phoenix, AZ as a consultant, setting up a household of one. And then again, when he moved to Southern California several years later.

Zaf and I met in 2005 on a Greek online dating site – I know, I know – we took a chance. We both wanted to connect with someone who knew and understood our ethnic background. Going back to where we came from, we found what we were looking for. We took one look at each other, recognized each other and married each other. The Greek Gods were smiling upon us.

Almost immediately we figured out that we are both drawn to foreign countries. Perhaps it was because we were raised in an immigrant family where the language, the food, the customs and traditions were so different than our American friends next door. In any event, we began to travel, continue to travel and is the focal point of our retirement plans and hence, this blog.

You will find, through the blogs posted, that while we both agree on when to retire and some aspects of retirement itself, like moving out of the current house and some travel plans, you will also find that we each have our own personal vision of how retirement will unfold.

Come along with us as we reveal the negotiations and compromises of what our retirement will look like!

We are on it!
Helene

Wedding photograph from The Personal Collection of Helene and Zaf 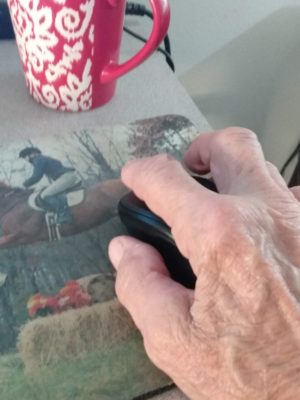 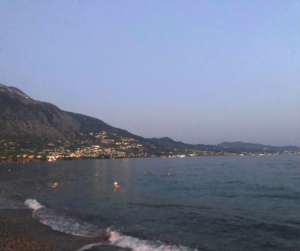 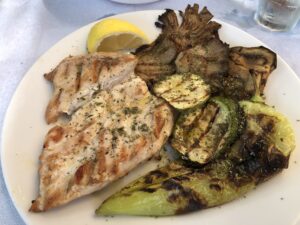