Aleko lives in Greece.  He and his wife have a home in Athens and a home in Nafpaktos, just two hours away but a world of difference between them.  Nafpaktos is on the sea. A lovely port and beaches on each side with a long strand alongside them for long walks and a cup of caffe as needed.  We have visited them several times over the past eleven years and this time, since Zaf and I are retired, we talked to him about his own retirement.

After 35 years of work, he had to retire.  That is the law.  So roughly at the age of 55, Aleko stopped working.  There was some talk of him staying on, if asked, but since his pay was capped at his level of management and he would have faced re-training with the most up-to-date technology in his field and then would have had to train others on it, Aleko felt it would have been too much pressure and stress, so he let things be.

He experienced a great sense of freedom once retired.  He was not upset about it – he simply went on with his life spending a good amount of time fishing alone and with friends; the sea bringing him tranquility and calm – such a Greek thing as most of the country is made up of thousands of islands as well as long shorelines around the mainland.  “This is total relaxation and ease of heart” says Aleko.  When not fishing, he stays close to the sea, walking along the shore and stopping for a cool glass of beer or a cup of coffee with a friend or two.

He played a little bit of soccer, but then everyone got a little bit older so that came to an end.  At that point, a new activity was taken on.  Gardening and landscaping allowed him to be outdoors and enjoy the natural feel of growing fruits and vegetables that they placed on their dinner table.

His wife also began to give him chores to do around the house; painting, fixing cabinets, adjusting windows and doors, etc.  He is a man that likes to finish things – he spends a lot of time on details, works carefully through each project, and then relishes the immense sense of achievement when everything looks sparkling clean and brand new.

The overall conversation I had with Aleko is that he is in a good place because he knows that you must stay busy; you simply cannot retire and then spend your time sitting by the window watching the world go by.  He is the perfect Retire-Ager™ !  So, as the Greeks say:  Bravo Aleko! 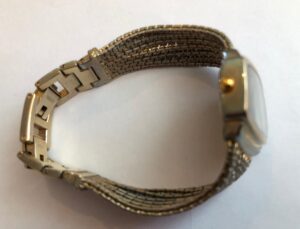 Winding Down and Up

NO, THANK YOU. I’M RETIRED

THIS IS WHERE WE LIVE NOW