“Keeping their own voices – that’s what is important” says Richard about his upcoming book capturing retirement stories.  Reaching his own retirement, he spoke often with family and friends about their thoughts, feelings and plans about retirement.  They were all keen on learning about other people as well – and that was the beginning of Richard’s book, which is filled with interesting and inspiring individual stories.

After a career in the biotech field, Richard became a consultant…and as each year went by, he took on less and less clients so the transition into retirement was easy and natural.   He kept busy, by volunteering and mentoring others who are doing good works for humanity, exercising every day, attending lectures, classes and event (even the ones he didn’t think will be any good), traveling and visiting with the grandkids.

Now, during the current lock-down status, his time is spent putting the final touches on the book, growing his social media profile and engaging in the retirement community by networking and reaching out to more and more retirees.  He continues to gather stories and ideas which could possibly be the sequel. Exploring retirement stories is his forte – the supply and demand is endless!

Richard shared with me the wisdom of the “common denominator” in retirement: 1. Choosing how to spend it – active, experimental, testing the limits OR laidback, relaxing, “I’ve earned this.”  And 2. Health and Finances – can we still have quality of life and do we have enough money to live on?    Thank you, Richard – True for all of us!

“Richard Haiduck has conducted 75+ interviews to find stories about retirees who are reinventing themselves in this stage of their life.  More information, including a description of the upcoming book, can be found at www.richardhaiduck.com 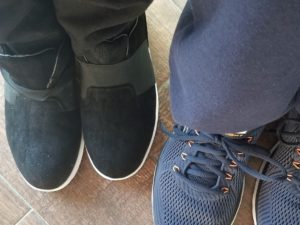 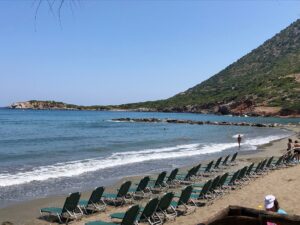