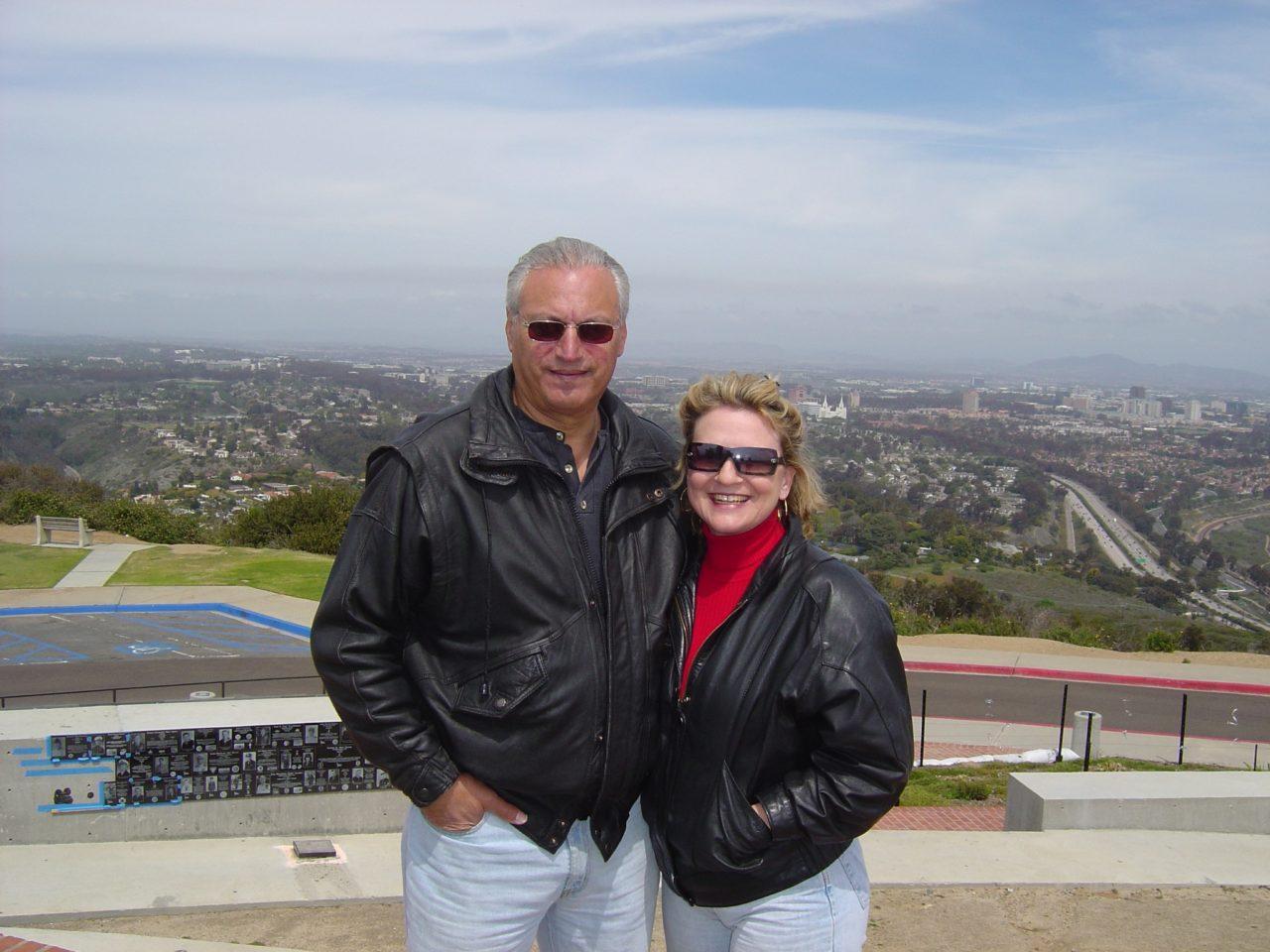 One of the pleasures of meeting someone new is discovering the layers of their personality and being totally astonished!

My husband Zaf is the reserved type.  Having a Greek background, one would assume that he was animated and full of zest!  But, he’s not.  Tall, dark and handsome, yes…but inner strength, wisdom and dignity make up his true character and personality.  It is a perfect balance to me, lively, energetic and perky!

At first, we enjoyed getting to know each other over dinner, long drives along the beautiful California coast and sharing our dreams.  As we progressed in our relationship, we learned how much alike we are in thought, actions and beliefs.  Our joy increased with all these discoveries and realized very quickly that we were a match!

And then one day, he asked me to follow him to the garage.  Right there, off to the side, under a cover was a Harley motorcycle!  I was speechless – which doesn’t happen very often as family and friends would tell you.  He was so excited.  He was so proud.  He was so eager for me to join him on a ride!  Stunned, amazed, astonished, doesn’t begin to describe what I was feeling at that moment.

He had all planned…he provided my own helmet, gloves and scarf.  He made sure I had sturdy shoes, leather jacket and goggles.  He mapped out the route of our first excursion.  He laughed when I hesitated and assured me that I would be safe.  A brand, new personality emerged with this new adventure he wanted to take me on.  Surprise!  So, what is a girl supposed to do?  I said a quick prayer and jumped on.

To simply say that I was terrified is not enough.  I did not let go of his black leather jacket.  I clutched his middle with every ounce of strength I had keeping my eyes shut all the way.  He chose an easy road to get started on but soon we entered Cleveland National Forest in Orange County, CA, where we twisted and turned as the road meandered through hills and curves.  Eventually, I peeked open one eye and then the other.  I relaxed a bit and breathed a little easier.   We encountered other riders and I saw that they greeted each other as they rode by.  I did not realize that they way they said hello was to lay their arm along the side of the bike and point downwards.  I waved at them like a was the Queen of England!  While I did not hear it, I saw their laughter!

Exploring the Southern California mountains, beaches and countryside was soon the norm; the best part was seeing Zaf so happy that we were exploring places together.  But as it does happen often, good thing sometimes come to an end.  Work and other obligations prevented us from going out on the bike for months at a time.  When Zaf retired from his first job, he would go out alone.  I went off to work with the cell phone glued to my ear…so afraid that I would get a call with not so good news.  My anxiety increased to the point where I demanded that he call me every hour no matter where he was and even if he had to get off the bike to do so.   Before long, he would come home a bit tired and spent.  He did not go riding that often.  I sent a secret Thank You! to the heavens above.

It was decision time.  Keeping it was a temptation; it was a reminder of times past; it was taking up so much room in the garage!   This was a sensitive issue.  I could not say get rid of it – that you are too old, that you were not strong enough to handle it, etc.  So, I waited for him to realize this on his own.

Finally, at dinner one night, he told me that the last time he went out for a ride, other riders that were coming up behind him on a mountain road had to pass him because he was going too slow.  He found himself not able to keep up.  He did not feel strong enough to do what he needed to do to stay safe, so he will sell the bike.  I commiserated with him and ensured him that we will find other ways to explore the world.  He sold the bike – we went on a cruise!

The aging process brings an end in one way but opens in another.  The key is not to remove but to replace.  Not doing so bring depression and a sense of uselessness.  Thoughts become narrow and isolated.  Hopelessness creeps in.  We need to be on alert – something new and wonderful just might happen and we need to be ready for it!

Harley Riders Photograph from The Personal Collection of Helene and Zaf 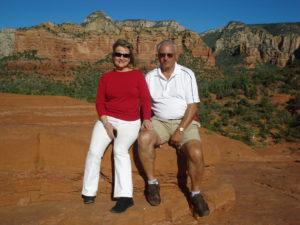 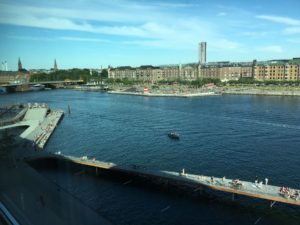 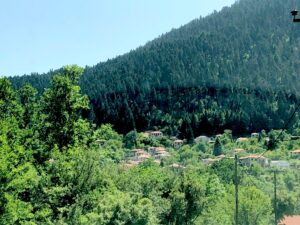