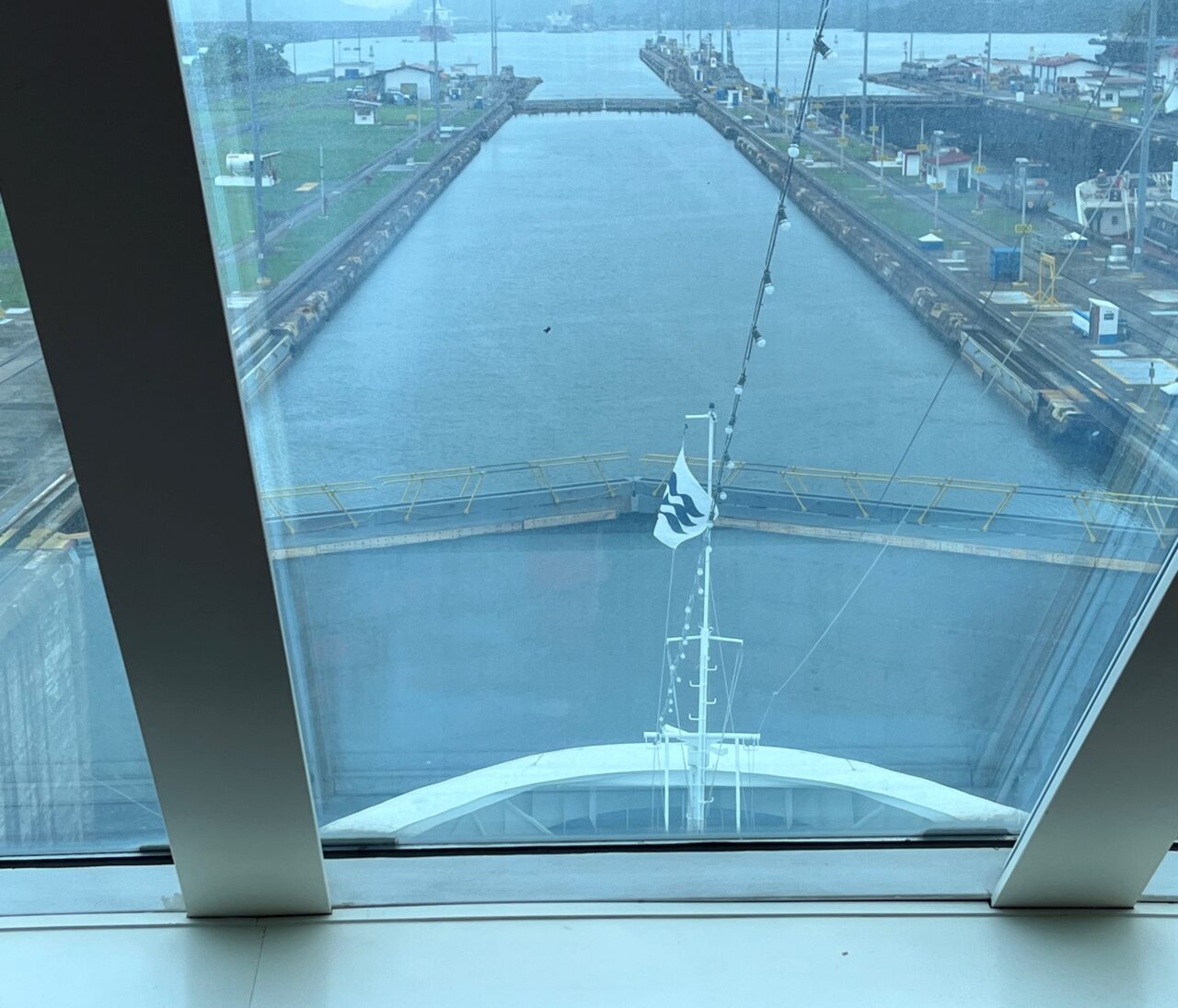 We learned about the Panama Canal, back in our school days, and along with the significance of establishing a new trade route, I always thought it was an exotic place to visit. It did not disappoint when we took off for a fifteen-day cruise and saw firsthand what it looked like and how it functions. Retirement is looking better and better every day!

One of the requirements, of course, was to have a negative Covid test. We took the test two days before we left. Zaf got his results the very next day; I did not. I kept calling and the automatic response was that it was pending. Pending and pending, all through the day and up to 11:00 pm the night before our departure. A fitful sleep and an early morning rise to call again – still pending. What to do! We left for San Pedro, the port of Los Angeles anyway with knots in our tummies. Checking in brought me to a station they set up for testing – courteous enough not to charge me as I had proof that I did do the testing. I spent about fifteen minutes with a lot of apprehensions – thoughts running through my head about not being able to board and returning home ran rapidly; got the negative, embarked, and breathed easier!!!

Unpacking once is a key feature of cruising! Getting familiar with the ship came next as we explored and noted the key places of the ship:  restaurants, pool, casino! At our first night dinner, we sat with another couple, and we shared cruise experiences and getting to know you type of questions – “where are you from,” where are you cruising next, etc.?

After two days at sea, we reached Puerto Vallarta; we had been there before on a prior cruise, but we took the shore excursion anyway to see and learn new things and to get off the ship! Another day at sea and then Huatulco, Mexico; we took the shore land/sea excursion which we liked very much. This is a beautiful place and we decided it would certainly be a place to return to and explore its beautiful beaches, cute town square, and first-rate hotels.

We spent the next two days at sea, sunning by the pool, reading, and napping while Zaf played pickleball on the top deck.

Costa Rica was our next stop; and again, we have been there before, but shore excursions brought us to unfamiliar places and sights. Notable is the tequila plantation, which a number of families own and operate. The tasting experience was amazing; you would have thought that eight sips of the various tequila flavors would have made for a boisterous return trip – but no! Retire-Agers™ abounded on this cruise, so the bus drive and tour guide had a noticeably quiet ride – as we passengers were all asleep!

It was a good thing that the next day was were at sea, so we all had the chance to recuperate from the tequila experience!

Finally, we reached Panama City with a shore excursion to see the sights and explore the city. That night, everyone was excited as we awaited the next day’s adventure: The Panama Canal.

Early morning risers, all of us. We did not want to waste a minute experiencing the canal transit. The front of the ship was crowded as lots of people were outside on the upper decks, and some were in the food court which faced the front and had wide open windows. The Pacific Ocean entered the canal waterway. The first lock began as we watched the water being lowered ahead of us, the gates being opened and us sailing through. This happened several times as we passed each lock and sailed into the lake and rivers. Beautiful scenery along the way, very serene and tropical. Going under three bridges, at the end of a long day of the canal passage, we finally reached the Atlantic Ocean. Wow, what a journey! What sights we had seen! What memories this experience brought to us! And, we have the Panama Canal Transit certificates as proof! 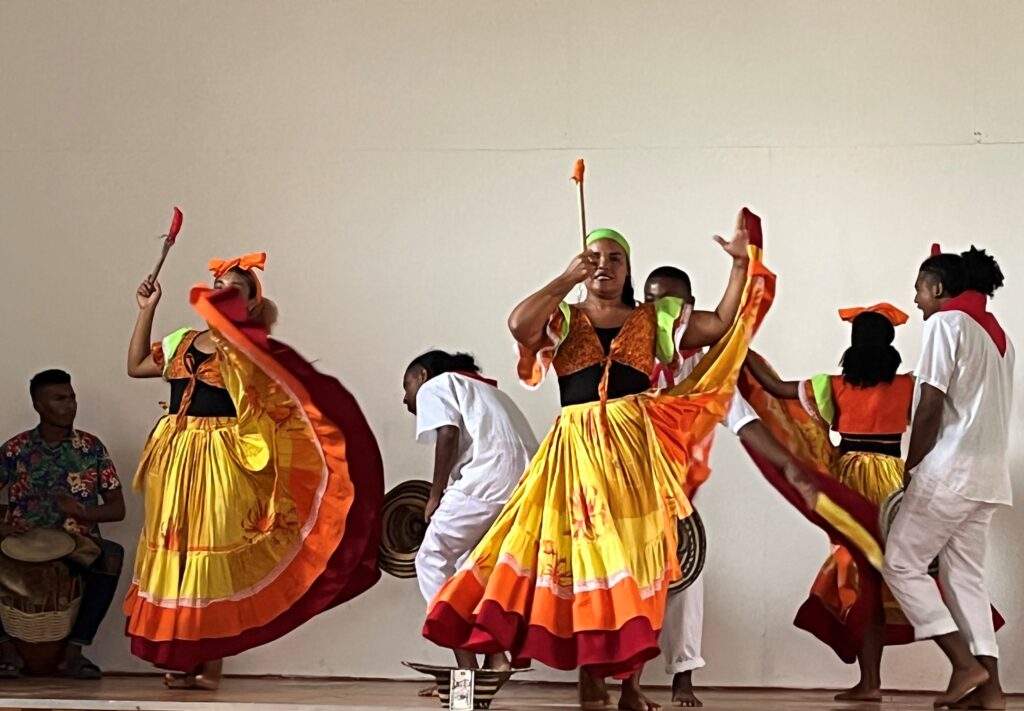 Cartegena, Columbia was our early morning stop the next day, and off we went on another shore excursion. This one was the best of the tours offering city sights, including really old churches and other historical places, fortress climbing, a cultural show with amazing performances, going through a replica of the old emerald mines, and stopping at squares and centers among the local people and watching the busy street scenes, really old churches, and other historical places, etc. was the highlight of this trip.  Below is a photo of the dancers.

Meeting the people on the ship was a trip in and of itself! Each night we sat with different people and/or with friends we made along the way. After a few days, faces became familiar, and we hailed each other like old friends. We sat together during the nightly shows in the theater, we lounged together in the various sitting areas located throughout the ship, and we waved to each other at the casino as we played at different tables. So nice to spend time with them and to exchange contact information.

We disembarked in Ft. Lauderdale, Florida and as we taxied to our hotel, Zaf sighed and said, “well another thing to scratch off of our bucket list.” Indeed. Relaxing by the pool at the hotel for a few days, gave us the time to talk about “where do we go next?” Remembering conversations we had with our fellow shipmates, we pondered:  Australia? South Pacific? The Canadian Rockies? Back to Europe to Spain and Portugal? What we will do next is in the works as we explored diverse options.

If you’re looking to find ways to start exploring your retirement, I recommend using tools like Natural Retreats or Hotel Travel Club which are designed to simplify the process of online booking. It can be so frustrating figuring out online travel sites with all their confusing jargon.

Exploring retirement is high on our agenda. We have finally reached a point in our lives where we can do a variety of things based on health, finances, and how we want to spend our time. Much gratitude is given each day because we can do so. 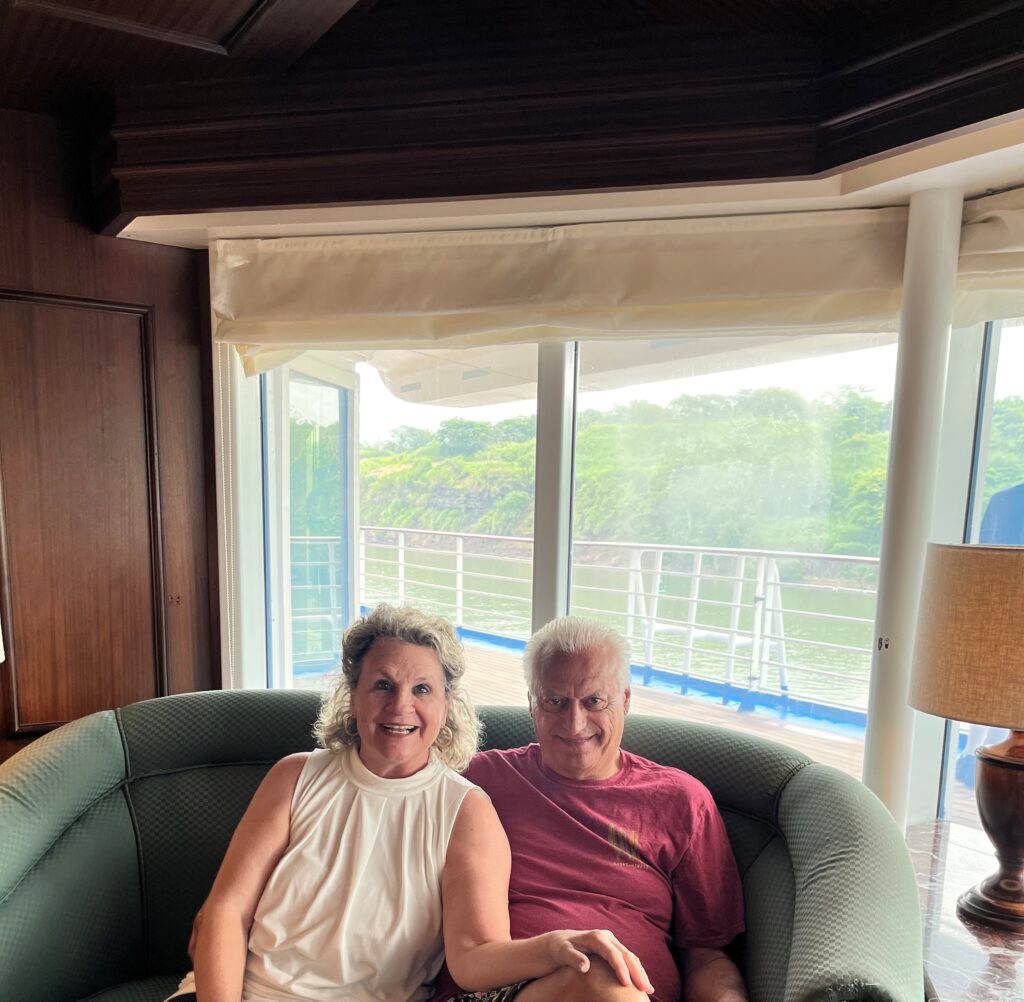 Photos are from the Personal Collection of Helene and Zaf 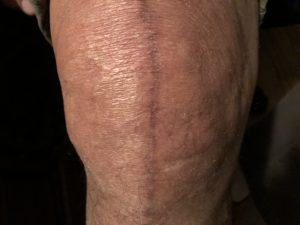 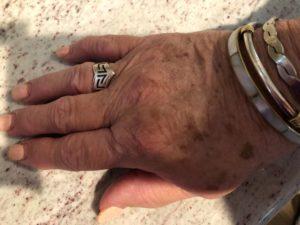 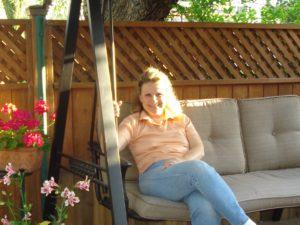 I’M NOT IN A HURRY