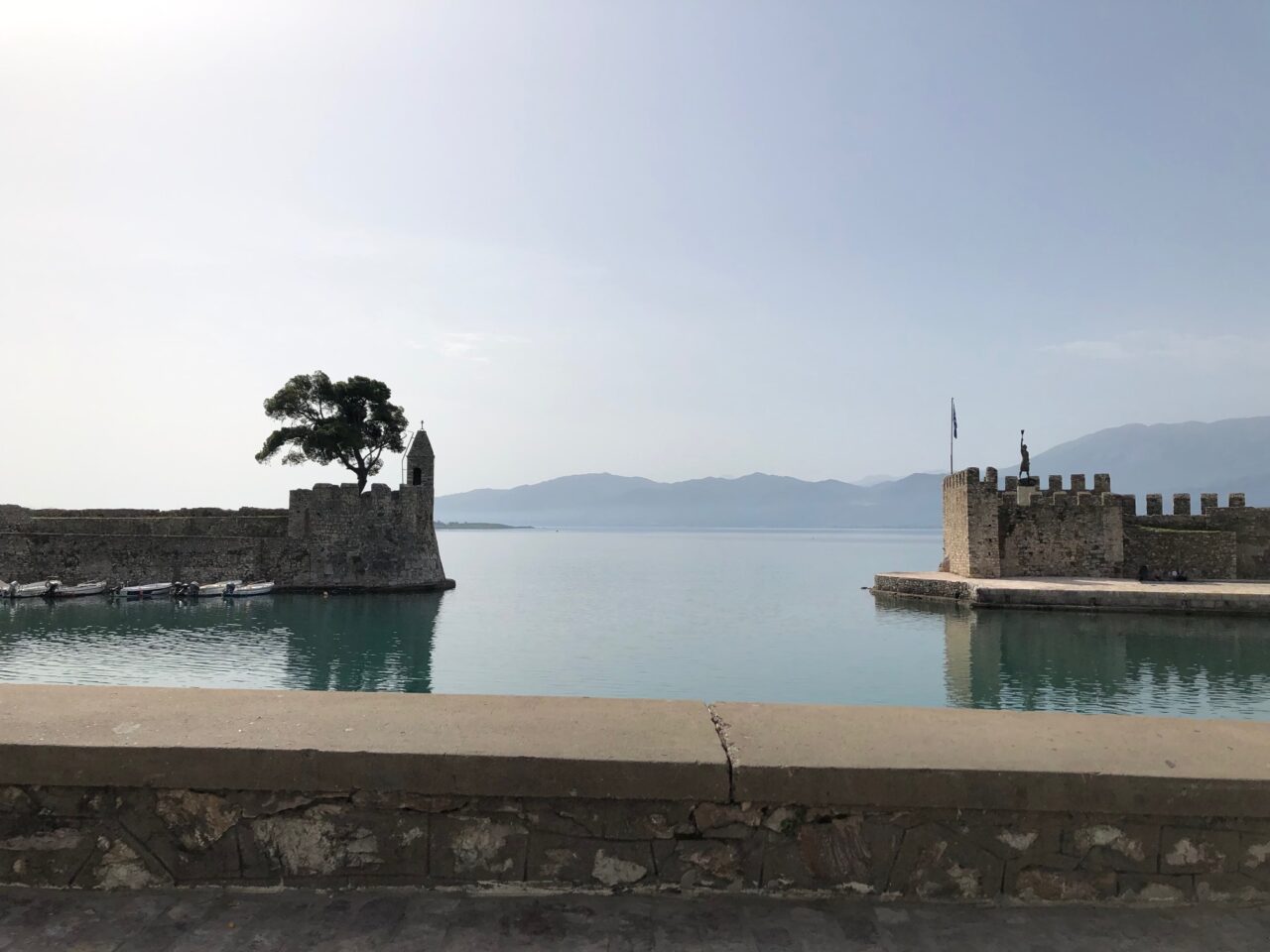 This is our third visit to Nafpaktos because we absolutely love it! Small enough to be able to travel around effortlessly and big enough to provide a bustling environment filled with shops, restaurants and sites to see. And of course, where our dear friends Alecko and Tasoula live.

This pretty city is situated on a lovely bay with a walled harbor which seems to be the center of town where everyone gathers, especially the young people who sit on the low wall and drink endless amounts of coffee.

Just a short ride up the mountainside brings you to a magnificent Venetian Castle offering great views of the little hamlets below, the harbor and all of Nafpaktos. Originally built in the fifth century; it was fortified during the Venetian period of occupancy. Just as you are climbing up into the castle, a taverna sits on your left side, built up against the castle, with yet again amazing views. Great to have drinks there in late afternoon, dinner at sunset and nightcaps to watch the stars. 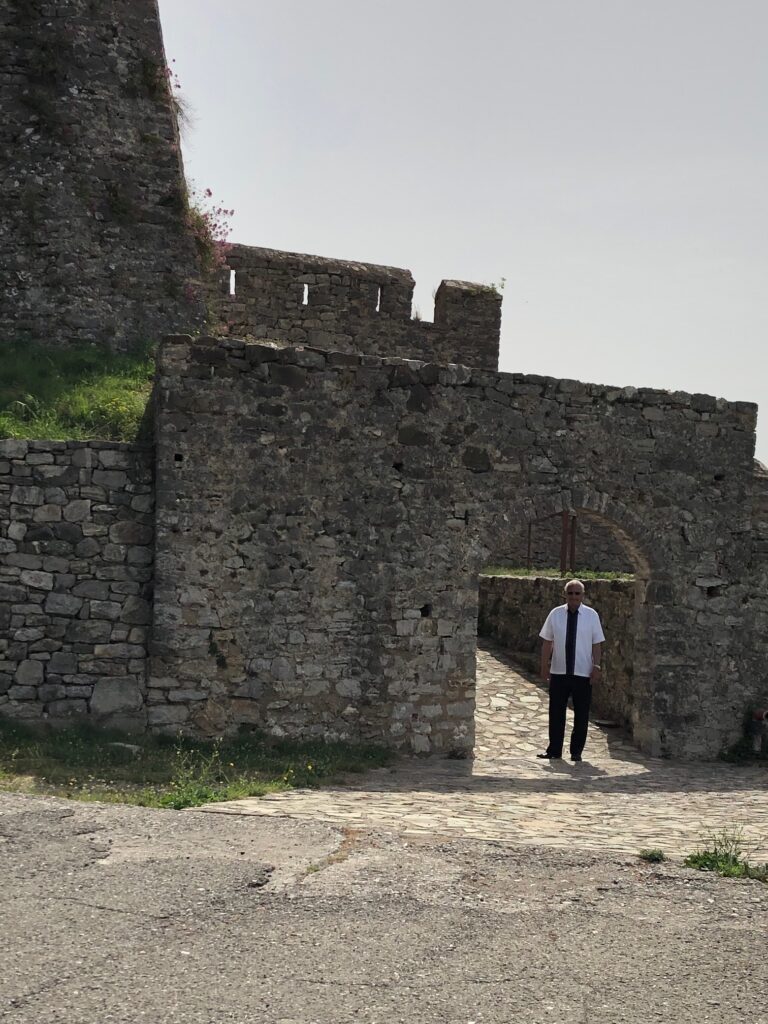 On either side of the harbor are two long stretches of beaches and a walking strand for miles and miles. All of this gives you an incredible vista of Patra across the two gulfs – the Korinthiakos and the Patraikos which are separated by the glorious Rio Bridge. Restaurants and cafes abound on the strand and it is hard to choose from as they offer an incredible array of food, most notably the fresh fish caught that day. Numerous hotels face the shoreline…rooms with windows that open up to a larger expanse of the water, the bridge and the surrounding mountains.

On a previous trip to Nafpaktos, Alecko and Tasoula drove us up to the highest point of a nearby mountain to an incredible monastery. The buildings there date back for hundreds of years and are situated on a large plot of land where numerous buildings are built containing chapels, offices and the dorms where the monks live. They have a museum and gift shop as well. On the property itself, you find goats and chickens and a variety of other animals. Just beyond there are the numerous fruit trees and the large vegetable garden. An entire area has been created as a day camp for children to spend time with the animals, to learn how to garden and to just have fun! A peaceful area is set further back where a little creek meanders under little bridges where you can walk across and see the other side of the mountain – another vista that amazes you.

The most notable feature here are the little niches portraying different aspects of the Eastern Orthodox Faith such as Jesus as a baby, the Virgin Mary and other saints. The most notable of all is a large – very large – free standing wall composed of thirty large niches containing bells. These bells are rung on the most holiest days of the Orthodox calendar. It is a remarkable sight to behold.

Our next stop, as we descended the mountain, is another monastery for nuns. We were allowed access and we went through chapels and small quiet areas set aside for moments of reflections. And then, we entered the catacombs. These were built as replicas of the real catacombs that existed when Greece was occupied by foreign nations; churches and schools went underground to preserve them. And so they did, through hundreds of years and which thrive in Greece today.   Here’s a photo of Zaf going through the tiny catacomb openings From The Personal Collection of Helene and Zaf 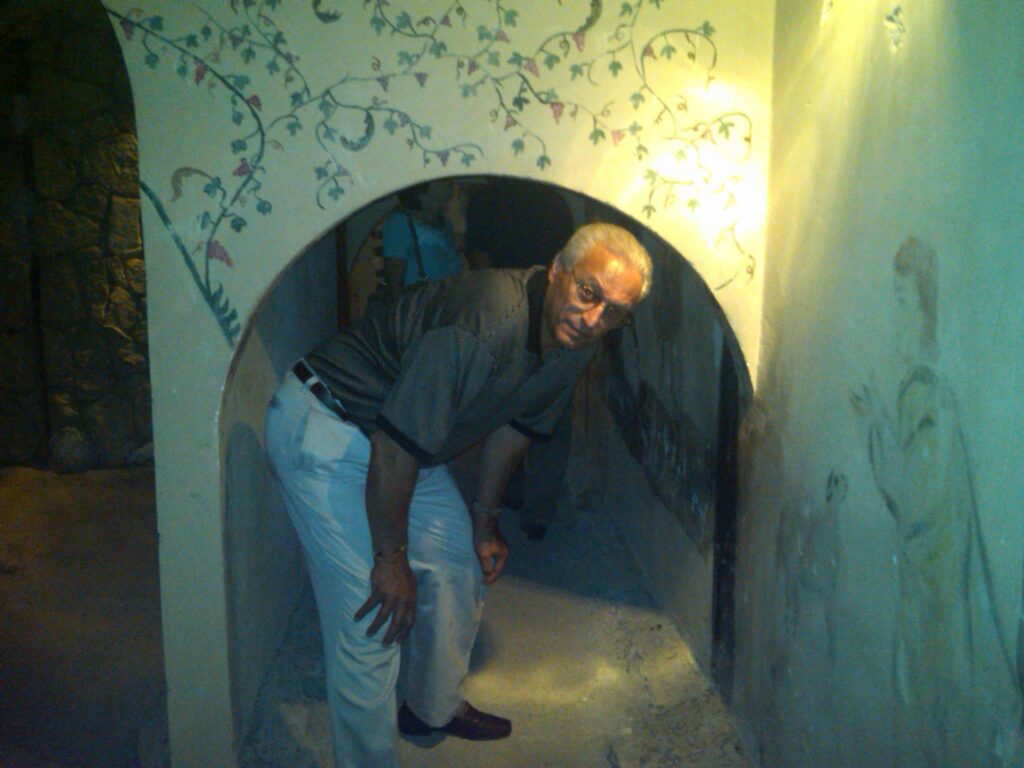 Our dream was to spend Resurrection services up at the monastery so we could hear the bells chime at midnight. Alas, due to restrictions, we were unable to do so. It would have been absolutely marvelous to hear them ring out in glory! We spent Holy Friday night services at the Harbor amidst a crowd of people awaiting the shining cross to appear over the water and when it did, a sense of peace and wonder was felt by all. We walked back to our hotel in reverence. Saturday night we got to the church and sat in silence as the prayers were read and then we followed the procession outside where the prayers continued until the Light was given to us that proclaimed that truly He has risen! Amazing to be surrounded with those that truly believe as fireworks exploded in celebration.

This town is a popular place for a weekend trip as it is not too far from Athens and Ioannina. The drive from either place is doable in a few hours with roads that are very good. A large number of people who originally hail from this part of the country still have homes here that they have modernized and now serve as the perfect getaway. If only we lived close by, we would be here every weekend!

Retirement joy is not only experiencing new places but returning to the ones we love again and again! 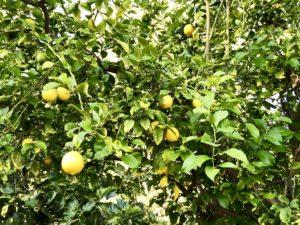 NO, THANK YOU. I’M RETIRED 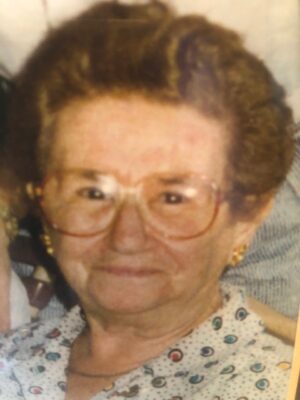 MAY you have my blessing