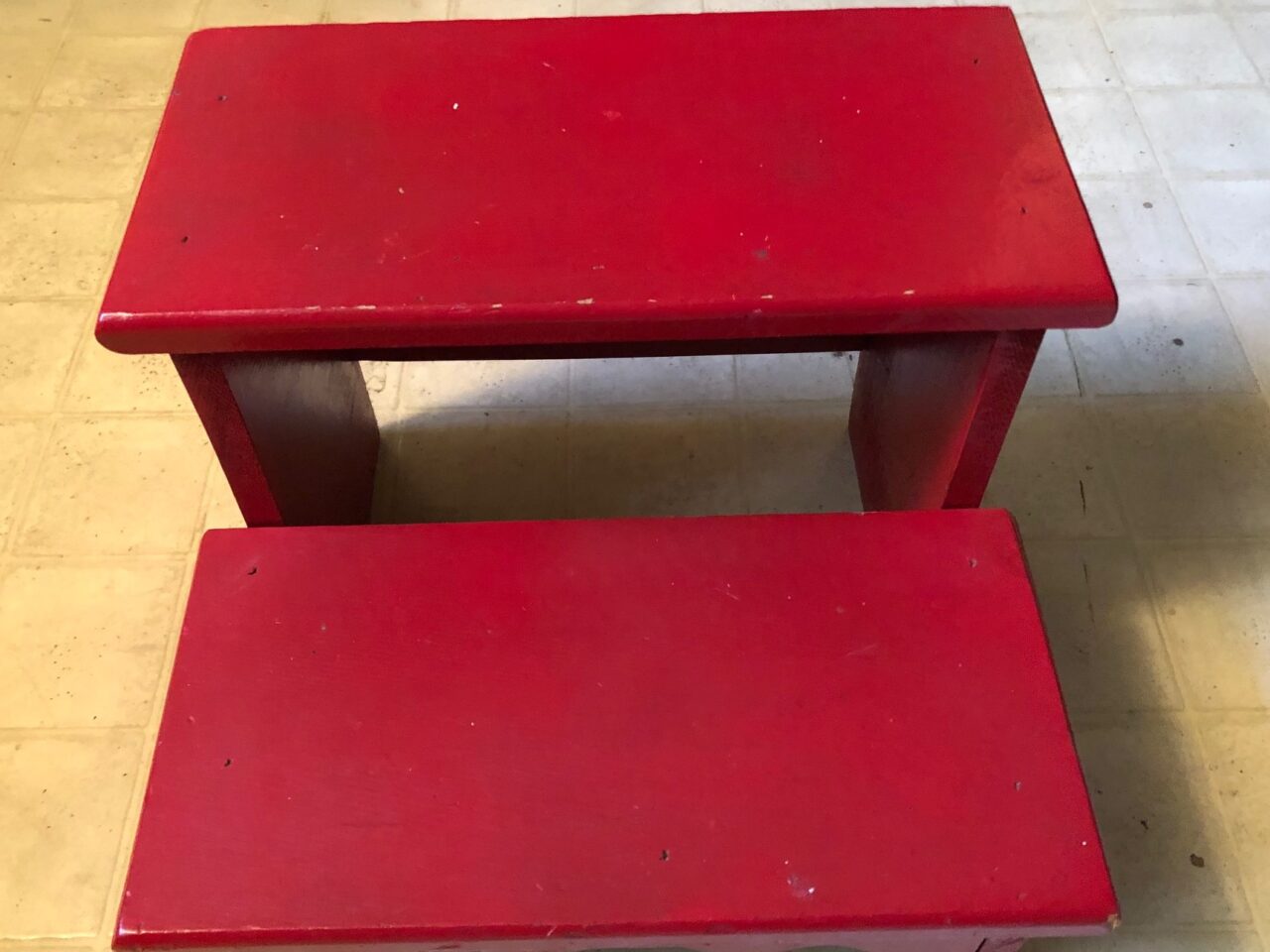 We are bombarded daily with the reminder to exercise daily.  Getting into a routine takes much effort and time – something I don’t have to spare right now.  But I’ve come up with something else – it’s what I call the Downsizing Movement Program.

I started with the office closet.  Standing on my little red step stool, I STRETCHED by REACHING the top shelves; in addition, I did some serious TWISTING of the whole body to get to the corners.  This was followed by extreme arm and body motion when LIFTING and HAULING down the crates filled with paper, folders, etc.  HEAVING them onto the desk was another movement that left me breathless.

To clean out the lower section, I did a whole series of BENDING and SQUATTING – these was done several times to finish the job for the day.  They say that all exercises should be done as repetitions, so I was on it!  These items had to be hauled to the desk as well, so that must account for something too.

Also, let’s not forget all the STEPPING I did on and off the step stool – there must be some points for that as well.

This entire routine was repeated throughout the house over the next few days. The 2nd bedroom was attacked, but it wasn’t as bad as the office.  The Master bedroom was a real chore; I had to separate clothes into piles after they were removed from the closet, the shelves, and drawers.  Because we are selling the house and planning a major trip next year, I had to determine which clothes were being stored and which ones were being kept aside for the trip (not to mention what we need to wear now)…all of this was determined by the seasons – fall, winter, spring and summer – and where we would be at any given point.  Lot of TOSSING ensued.

Extra credit was given when I slipped off the step stool, fell into the remaining hanging clothes that broke the fall, and left me with a big gash on my arm.  This was a RAPID ARM movement exercise which necessitated a short break and a cool adult, beverage to re-hydrate my body, which is highly touted by health and nutrition gurus everywhere.

Once the items in all the rooms were identified, they had to be boxed up and DRAGGED to the garage…I say dragged because CARRYING them was not an option.  Once in the garage, I decided to leave them on the floor, so my husband can get some exercise too, when he LIFTS them up to the shelves and/or the back of the car when he takes some of them to the donation centers.

When I began the journey of exploring retirement, this routine was not on the top of the list of things to do…it was more fun and exciting to plan our trip, visit potential new homes, dream about new activities to discover and, of course, blog.  Alas, I soon discovered that to get to that point, I had to work towards it.  So here I am, knee deep in bubble wrap and boxes, sorting out our life by using the Downsizing Movement Program.

The good news is that this effort was accomplished, and the bad news is now I need to find another routine to replace it.  I suspect I will as the garage is filled to the rafters.

I am a strong believer in the reward system for a job well done.  Since I am self-employed, I get to choose the reward.  I choose to Retire Well! 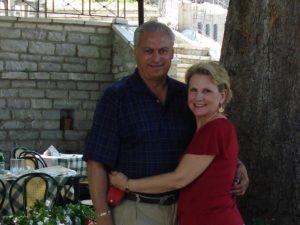 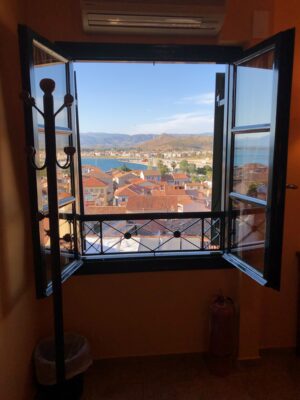 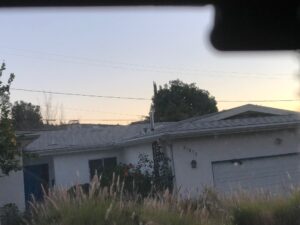 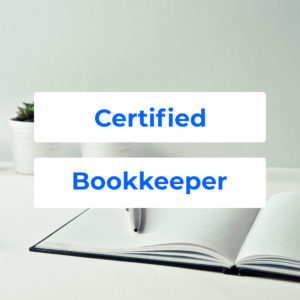